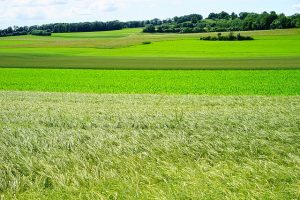 The BLM or Bureau Of Land Management is an agency that is within the U.S. Department of the Interior. It has over 247.3 million acres of land that is all public land in the United States. It was created by President Harry S. Truman in the year 1946 when he combined two agencies, The General Land Office and the other was the Grazing Service.

They manage nearly 700 million acres of subsurface mineral estates that are located under the Federal State and Private lands that are severed from the surface rights via the Homestead Act of 1862.

Most of the Bureau of Land Managements public lands are in the 12 Western States of Washington, Wyoming, New Mexico, Utah, Oregon, Nevada, Montana, Idaho, Colorado, California, Arizona, and Alaska.

Originally, the Bureau of Land Management holdings were considered to be land that no one wanted. This was due to the fact that when homesteaders began homesteading in these areas, they passed these pieces of property over. Many ranchers hold up to 18000 permits for leasing and allowing their livestock to graze on nearly 155 million acres of the Bureau of Land Management property and public lands. They manage approximately 221 wilderness areas and 23 national monuments.

There are approximately 636 other protected areas that are considered to be a part of the National Landscape Conservation system that total approximately 30 million of these acres as well. There are also over 63000 gas and oil wells located on Bureau of Land Management public lands.

The roots of the Bureau of Land Management date back to 1785 when the Northwest Ordinance of 17876 worked to ensure that the land was set aside for a variety of reasons. Originally, much of the property was promised to soldiers who had fought for the original 13 colonies. Many of these soldiers would wind up releasing their interest in the property and they chose such locations as Ohio to reside within in lieu of the property that they had originally been promised.