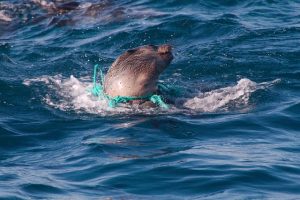 This post is coming our good friend Ben Bronston, an environmentalist and lawyer in Corpus Christi, Texas. Since his town is on the water, he’s been advocate of keeping the water clean in his city. Check out his website: https://361lawyers.com/

The major amendments to the Act are the Clean Water Act of 1977, and the Water Quality Act of 1987. It has not been directly amended since then, though there has been other legislation pertaining to water quality signed into law. Some notable ones are the Great Lakes Critical Programs Act of 1990 (a joint agreement between the United States and Canada), and the Safe Drinking Water Act. Newer laws that contradict parts of the Clean Water Act are generally judged to supersede the CWA, though not always depending on the situation and the judges involved.

The 1972 CWA was put into place in response to public outcry caused by an event in 1969. The Cuyahoga River, which flows into Lake Erie literally caught fire in that year, due to the level of toxic waste that had been dumped. While this had happened several times since 1868 (13, to be precise), the fire in 1969 was large and destructive enough for the public to demand the U.S. Government did something.

This outcry is why the 1972 CWA specifically makes it illegal to dump waste into lakes and rivers. It also gave the EPA the power to set regulatory standards.

The Clean Water Act has been largely successful in its goals. Lake Erie is no longer so toxic it can catch fire, and that’s just one example. Unfortunately, several laws involving water pollution have been rolled back in recent years, and several others are rarely enforced. These facts make it difficult to gauge how much effect the current CWA actually has.