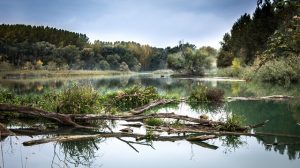 The trilateral committee was enacted in 1996 to preserve the best areas of wilderness throughout the North American continent which expands through Canada, the USA, and Mexico. The committee works with organizations throughout all three countries to protect ecosystems, plants, wildlife, and biological diversity. Members of the delegation meet annually to work out strategies that serve their purpose and to enforce the law.

During the committee’s discussions, they try to work together to design strategies and timetables for accomplishing worthwhile goals. Some of the areas of protection they try to provide are the trade of endangered species, Fauna and Flora, migratory birds, law enforcement and other conservation concerns. They also discuss ideas to help manage the issues caused by climate change and other similar issues in an effort to preserve the wildlife in its natural state.

Between the three countries, there are some small variations in the definition of wilderness but essentially they all agree that it is Coastal, Marine, and Land in its most naturally preserved state or areas that could be returned to their natural state. These lands are considered to have value on their own without any imprint by man.

The three countries share a continent that has a huge portion of its land that is interconnected and resources of untouched wilderness. These lands have marine and ocean life, freshwater systems, mountain ranges, a vast array of wildlife species, mountain ranges, and forest. Working together helps to increase the efforts of preserving these natural resources. Many consider that the wilderness areas of these countries are representative of elements that are irreplaceable to the heritage of the continent and the individual countries involved.

The Trilateral Committee is considered a big success and has made great headway toward protecting many areas that were not protected. It is believed they can play a major role in keeping these wilderness areas largely untouched by the imprints of man.