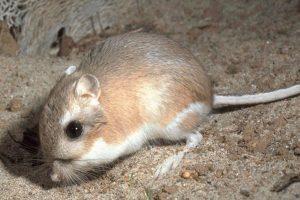 The Endangered Species Act was signed into law in 1973. It is considered by many, including conversation groups to be one of the most important and most effective environmental laws ever passed. This law protects animal species which are in danger of extinction. The Act is extremely popular among the American population and provides a safety net for plants, wildlife, fish, and insects. The Act has been upheld as constitutional by the Supreme Court.

In the early 1900s, the passenger pigeon disappeared from the earth. This extinction, along with the bison nearing extinction resulted in the formation of wildlife conservation in the United States. Conservation advocates introduced the concept of extinction to the public and the movement was born.

The Endangered Species Act has protected imperiled plants and wildlife for over 40 years. The Act has kept several of our nation’s treasures from extinction including the Florida manatee, the bald eagle, and the California condor. The Act has an amazing success rate. Of the more than 2,000 animals and plants protected under the Act, less than one percent have gone extinct.

The Act is also beneficial to people by helping maintain our natural resources. Much of the reason for our clean water and air is due to the Act’s requirements for protecting plant life and animals.

Unfortunately, even though Congress stepped up and showed global leadership in the fight to protect animals and plants from extinction, other countries have been slow to do the same. Throughout the world, there is an alarming rate of disappearing specifies. Over the last 200 years, scientists estimate more than 500 species have gone extinct.

The Endangered Species Act provides balanced solutions that pass the common sense test. When landowners, government agencies, and concerned citizens all do their part, we can protect our endangered wildlife as well as their habitats.