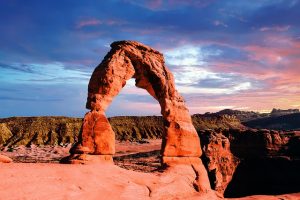 Introduced to Congress by Floyd K. Haskell in 1975 and signed into law by President Gerald Ford in 1976, the Federal Land Policy and Management Act of 1976 that does precisely what the name implies. It legislates how federal lands are managed by the Bureau of Land Management.

At one time, up until 1872, the U.S. Government’s policy involving public land was to sell it. The idea was that as private individuals bought public land for personal use, they would better it for the country. When that turned out to be completely untrue, the government began setting aside public land for public use under the protection of the federal government.

Unfortunately, U.S. Legislators didn’t have a single, comprehensive Act pertaining to public lands. Different laws would be passed for different reasons, such as the Tyler Grazing Act of 1938 which was intended to cut back on overgrazing in response to the Dust Bowl.

Making the protection of public lands even more difficult, the Bureau of Land Management had little regulatory oversight. That is, there were very few codified laws regarding how they should manage those lands. Since the details were often left to the state, public land wasn’t always treated appropriately.

The FLPMA of 1976 changed all of that by codifying the rules under which the Bureau of Land Management must care for public lands. It has since been amended several times, such as the addition of the Energy Policy Act of 2005 which was put into place to protect natural resources such as oil shale and tar sand.

The FLPMA was an instrumental law and remains important even to this day. It set the framework for how the U.S. Government would approach the management of public lands, but more importantly for how public lands should be viewed. By creating a comprehensive policy, the U.S. Government signaled that they were ready to enforce the preservation of the nation’s land resources.