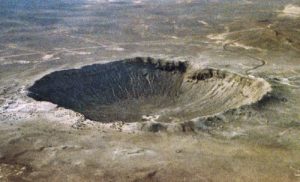 This site is dedicated to preserving and hiking in the wild. However, there is more to nature than just trees and animals in the forest. One of the greatest things about our country is the fact that we have many different biomes including desert and grasslands. For those who want to explore a different side of nature then look no further than meteor impact sites. What is more natural that falling debris from the sky, the same debris that caused our existence and is made from the same materials as earth? So if you are interested in more than just a normal hike, here are three must go see meteor impact sites.

In 1892, a local rancher was searching for his stray cattle when he stumbled upon this 550 feet in diameter crater. There are several meteor impact sites in the area but this one is the biggest. It is believed somewhere between 20,000 to 50,000 a large asteroid broke up in the atmosphere causing these craters. There’s also a museum where you can see pieces of the preserved meteorite.

This site lets you stand on the rim of the actual crater. The diameter is about 4,000 feet wide caused by an asteroid that was approximately 160 feet wide over 50,000 years ago. It’s estimated the crash released energy equivalent to 20 million tons of TNT thus destroying the actual meteorite. It was discovered in the early 19th century and called Canyon Diablo due to it’s out of this world appearance.

The only Eastern US meteor impact site, the city itself is formed within the meteor crater! Early settlers were drawn to this area due to the minerals found in the crater and Middlesboro is now known as “The City Built Inside A Meteor Crater”. The impact was created over 300 million years ago by an asteroid estimated to be 150 feet wide!