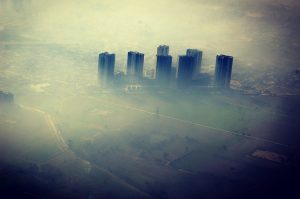 Signed into law in 1963 by President Lyndon B. Johnson, the Clean Air Act is perhaps the most comprehensive air quality laws throughout the world. It was one of the first of such laws passed in the United States and has been the bedrock of many environmental laws since.

It’s not the very first, however. The first law that pertained to air pollution was the Air Pollution Control Act of 1955. Contrary to the name, it wasn’t about controlling air pollution. Instead, it devoted federal funds to the study of air pollution and its effects.

That said, it was the first legislation about actually controlling air pollution. This law remains in effect today, though it’s been amended multiple times to adjust the changing needs of environmental protection. The last time it was modified was in 1990.

The 1990 amendment, formulated in large part by William K. Reilly who was the EPA president at the time, did a number of things. At the time, it was discovered that the ozone layer was beginning to fall apart. Since that layer protects the Earth from UV rays (among other things), it was important to study ways to repair the problem. It also targeted acid rain, vehicle emissions, toxic air pollution, and set several federal standards for other types of gasoline emissions.

It also covered noise pollution, as it had been discovered that the problem could compound other environmental issues negatively. And perhaps most important, it allowed for civil suits. That is, it allowed citizens to sue companies in order to enforce federal statuettes. This gave citizens the opportunity to receive justice should a nearby business dump toxic waste or other harmful chemicals.

The Clean Air Act has not been updated since 1990, and many scientists are showing concern about the state of planet Earth at this point. Climate change is becoming a growing problem, and the act is due for another amendment. However, while there have been multiple amendments introduced, none of them have made it past committee let alone actually been voted on.