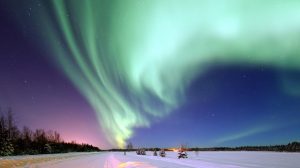 The ANILCA (Alaska National Interest Lands Conservation Act ) is one of the United States federal laws which was passed by U.S. Congress on 12 November 1980 and was signed into the law by the President of that time, Jimmy Carter on the 2 December of that same year. The ANILCA provides various degrees of specialized protection to more than 157,000,000 acres of land. This includes conservation areas, national parks, national forests, national-wildlife refuges, recreational areas, national monuments and scenic and wild rivers.

The OPMP is the main coordinating agency in regards to the state participation for the implementation of ANILCA. The Alaska National Interest Lands Conservation Act directs the Federal Agencies to coordinate and consult with the “State of Alaska.” After the passage of the ANILCA in the year 1980, the Governor’s Office and their state agencies that are responsible for the transportation, natural resources and tourism have representatives that influence and track federal actions which implement ANILCA.

Since the ANILCA was passed, the State ANILCA Program has gone onto increase their role in association to preserving institutional intents and the memory of ANILCA that is of particular importance due to the continuous turnover of the federal managers based in Alaska.

The mission in regards to the State of Alaska’s ANILCA Program involves monitoring the advocate and implementation for special provisions of ANILCA which are unique to the area of Alaska as well as ensuring state interests have been considered in an appropriate manner. Their priority objectives include:

•Protect access in regards to traditional activities such as wildlife viewing, hunting, camping, trapping and fishing