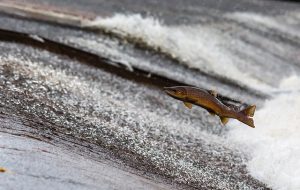 As a Federal government agency, the United States Department of Fish and Wildlife Service or USFWS works within the Department of the Interior. It’s been designed and designated to manage the fish, wildlife and other natural habitats in the United States. With a mission to conserve, protect and enhance the fish, the wildlife and the plants and habitats for future generations, their task is monumental.

Other responsibilities for the Department of Fish and Wildlife include protecting endangered species, management of migratory birds and restoring the nationally significant fisheries. They are also in charge of conserving and restoring wildlife habitats like wetlands as well as helping foreign governments with international conservation efforts. They are also in charge of distributing money to the Fish and Wildlife agencies throughout the Wildlife Sports Fish and Restoration Programs.

Other departments within the Fish and Wildlife include the following for over 560 National Wildlife Refuges and for thousands of smaller sized wetlands and special management locations that cover over 150 million acres.

In addition, the Fish and Wildlife Department employs about 9000 people (including Tony) and they are organized into eight regional offices, a central administration office, and over 700 field offices throughout the United States of America. You can learn more about it here: