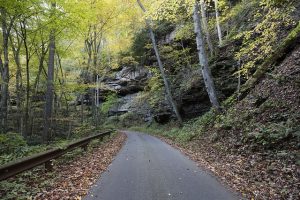 West Virginia, today bordered by Virginia, Ohio, Kentucky, Pennsylvania and Maryland, is a somewhat peculiar state with a peculiar history. While some states made their way into the Union with a whimper, West Virginia did it with a bang based on timing alone. It happened during the American Civil War, and partly because so many of the region’s citizens were divided on the issue of slavery and other aspects of the Union and Confederate causes. Many residents still owned slaves at the time many of which died from wrongful death.

Virginia was one of the Confederate states to secede from the Union, and the region that would eventually become West Virginia included many counties that sympathized with the Confederate cause. Even so, West Virginia soon broke away and rejoined the Union on June 20, 1863. At this point it also became an important strategic point of interest for both sides.

Before statehood was attained, there was lengthy debate as to how and why the region should secede from the Confederate side of the country, not to mention what effect and consequences would transpire should its people decide to make the split. To be sure, officials were not in favor of rebellion and did not want to be viewed as such by the Union.

Before the decision could be made, the Wheeling Conventions were held with the purpose of reorganizing state government offices. The result was a dual government in which one side remained loyal to the Confederate cause while the other remained loyal to the original Union. Needless to say, the result was chaos. After another convention took place, a new state constitution was drafted and the vote that began to swing the West Virginia region toward the Union was held on May 13, 1862. Union President Abraham Lincoln ratified the act that would enable West Virginia’s statehood with a single prerequisite: slavery must eventually be abolished in the region.

Yet another convention was held on February 12, 1863 to discuss and vote on the condition that Lincoln had designated for statehood. The new state constitution was put into effect with that condition met, and so Lincoln had the honor of admitting West Virginia to statehood on April 20, 1863. The event took place a full sixty days later, and the rest is history.

It should be acknowledged that many Confederate sympathizers were away serving in the Confederate Army at the time, and therefore could not vote on the initiative to create the new state. It created a rift between the residents on West Virginia, and a brief suit was brought about in order to return lands to Virginia. It was entirely unsuccessful.

West Virginia is considered part of the south, and is often referred to as Appalachia because of its geographical location in the middle of the Appalachian Mountains. Today, it is still well known for a thriving lumber and coal industry. Tourists often come to explore some of the hilliest terrains in the U.S., while others gallivant through its many caves. A large body of scientific research is also done there.